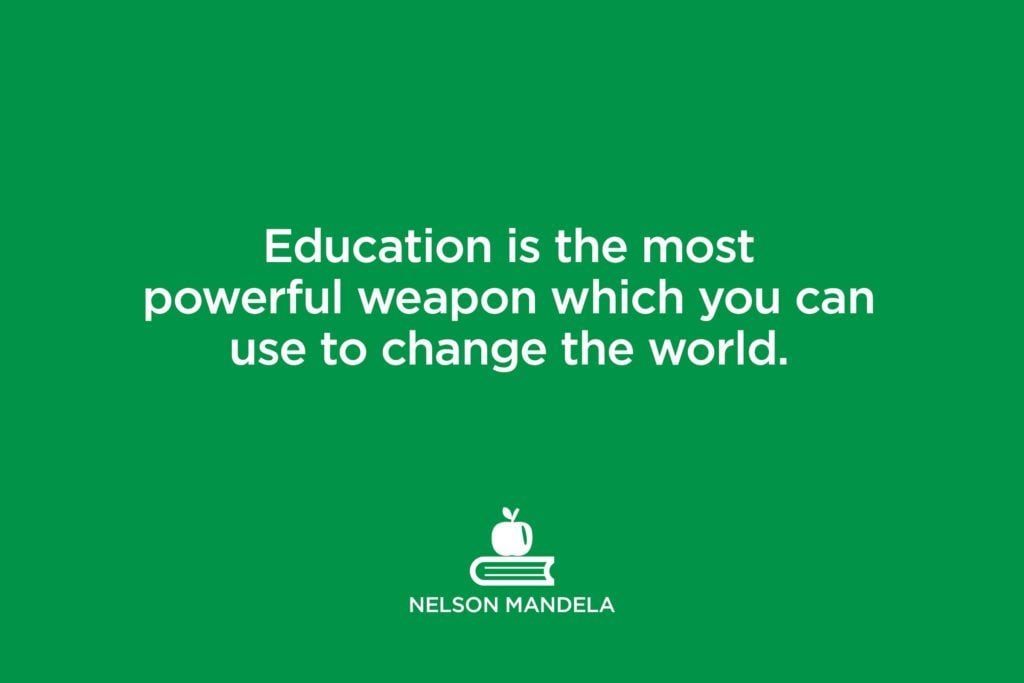 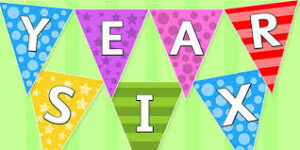 Please use the images above to access the online apps we use.

Why do we remember?

This term, the Year Six crew will continue to study British history since the year 1066. We will learn about the events that came together as the causes of the second World War and will use Remembrance poem, Flanders Fields to engage with the emotions felt by soldiers who fought for our country. As historians, we will learn about life in the trenches as well as key events such as the Battle of Britain and Dunkirk. We will then explore what happened next and how the effects of the war affected those in our own country and beyond. Leading up to Christmas, we will consider what a wartime Christmas looked like and will learn about the Boxing Day Truce. As scientists, we will undertake practical activities to explore heartrate and the effect exercise has upon the body.

We continue to study Letters from the Lighthouse as our core text, honing our explanation, retrieval and inference skills as we learn more about the mystery surrounding Budmouth Point. We will be writing formal letters of application to become spies for the M.O.D and using a short film ‘Replay’ as the basis for some action-packed narratives. Spelling, punctuation and grammar is taught alongside our writing and is linked fully, allowing children to put into practise what they have learned.

We continue our topic ‘How should we live and who should inspire us?’ by learning about people in history who have influenced others, such as Rabbi Hugo Gryn, an Auschwitz survivor. Leading up to Christmas, we will study ‘incarnation’ and will explore further the idea of the Messiah, building on learning from previous years. Children will be invited to consider what the next Messiah will look like and will produce art work based on this thinking.

In these sessions, children will be invited and encouraged to celebrate difference and further understand what can be gained from the uniqueness that males up our class, community and World. We will use ‘real life’ situations to explore how we can best support others in being accepting and tolerant citizens through discussion and role play.

In PE this term, we will be developing our creative skills. This will involve adapting rules, developing tactics and changing challenges within two taught games in order to explore different ways to succeed. We will also continue our circuits work, pushing ourselves to improve on our personal bests and collecting data in order to use for our science learning later in the term.

Our FUNs skills this term are static balances and the seated balance.

As we bring Term 1 to a close, we reflect on our learning. We have been mathematicians, readers, writers, historians, artists, geographers and philosopher’s. Not bad for jut seven weeks at school.

How can we live our lives and who can inspire us?

RE lessons asking this question have caused the most discussions – and division – amongst the class. We have thought about human value and learned who we could look up to (even if they are smaller than us). We have learned about Acutis – the 15 year old boy who could become the first millennial saint and how he lived his life. We looked at how adults value others when we watched a film of Ronaldo in disguise. We can learn from the boy who valued him as a person.

What Year 6’s should be most proud of though is their ability to debate the big issues and disagree with each other, without becoming cross or upset with each other. There are certain adults (especially politicians) who could learn from them.

This week we have have had assessment papers to complete. What has been most amazing is the attitude of Year 6 towards tests. The phrase ‘YES!’ was said when the children learned they had tests to complete. ‘Attitude is everything’ and the Year 6’s certainly proved that.

World War 2 continues to grip us. We have learned about the trenches and the awful conditions the soldiers had to endure. We have looked at letters from the front line and thought about the impact it must had had on the soldiers short and long term, as well as their families.

This week we have focused on internet safety and the use of social media. We learned how private profiles mean everyone can still see your picture, username and biography on TikTok. We have learned that on SnapChat and Instagram, all photos on there belong to the social media companies – not us – and they can use our images in anyway they want. We also looked at what we do not post, but share with our families and friends.

Letters from the Lighthouse is still gripping. We’re not sure what is going to happen but we’re not delighted about Esther Jenkins coming back. We have used the story to help us with our own writing this week. The children really impressed when pretending to be an 8 year old boy who picks his scabs.

How can we add, subtract, multiply, find fractions and percentages without numbers or values? Simple – we use algebra. Using terms like ‘a=’ and ‘b=’ has helped us see relationships between values. When it came to using numbers, we simply blew the problems away!

This week we have focused on Franz Ferdinand. We now know a lot about him and why he was important. We also know how much of  shock it must have been to Austria when he was killed. We know his death was partly the reason for World War 1 starting.

We have also begun to look at life in the trenches. We know that conditions were rough – and at times horrendous – and we are beginning to identify the lasting impact World War 1 would have had on the soldiers who managed to survive.

How do we value people? This question sparked debate in Year 6 about how people are valued. We looked at the bible story, The Missing Coin, and understood how God sees all humans as equal. We did however, look at the roles people play in society and the choices they make. When asked if a life long nurse and a life long criminal hold the same value, the class was a 50/50 split between yes and no. We did however (unlike some american politicians we watched) manage to debate with kindness and empathy.

Letters from the Lighthouse continues to get more mysterious. We are now in Devon, with Olive and Cliff. There is so much to infer in this book it is quite a challenge, but one we are relishing.

Negative numbers? No problem! This week we have looked at adding and subtracting negative and positive numbers. We have spotted patterns such as 5 – 3 = 2 so 3 – 5 = -2.

We have been very thankful this week. While the children admitted to not always appreciating what they have (and moaning at their grownups) they thought deeply about what matters to them. Look on our Twitter page for our child’s poem.

We love being historians! This week we pieced together clues to form a hypothesis of what started World War 1. We then researched the actual events to see how close we were. Initially we were thinking Franz Ferdinand was wrong for ruling Bosnia-Serbia, but then we learned more about the British Empire – the advantages in life that can give us – and decided we had no right to be judgemental.

This week we revisited the Creation story. We looked at how Adam and Eve were tempted by the serpent and discussed the personality traits of all three. We then looked inwards at ourselves. We discovered a little bit about what makes us so unique – but also what we are tempted by. The children reflected on the bible story, thinking how it could help them live their own lives.

This week we have brushed off the rustiness to create descriptive writing describing images from the wars. To make our writing have impact, we’ve looked at: simple, compound and complex sentences, moving subordinate clauses, short sentences, upgrading vocabulary, similes and the power of three!

We continue to follow the lives of Olive, Cliff, Sukie and mum. We have learned about evacuation – we’re pretty sure Olive and Cliff are going to Devon!

Kings and Queens have gripped us this week. We thought the 13 children Queen Philippa had was a lot, until we discovered two kings had 19 and 20 children each. We know the current monarchy inside out and we debated whether or not we would like to be in the royal family. It was about a 50/50 split.

WOW! What a fantastic start back to school. It has been like the children have never been away. A settling in period was allowed for. It lasted about 10 seconds before everyone was wanting to crack on with their learning and find out how intelligent we can all be.

We have covered more PSHE this year than usual due to the closure of schools. We have looked at worries, discussed our own and created healthy ways to cope with them. We have also looked at unhealthy ways of coping with worries, so we know what to stay away from.

We started the term learning about a kingfisher and read a beautiful poem that describes this wonderful bird. We learned about Kennings, and how we can use them to describe. We have then used our poems as inspiration for Kingfisher artwork. We have also used our imagination to write a poem together about a rainbow bird, which also has art work.

We have kicked off Term 1 with our new book, Letters from the Lighthouse. It is early days, but we know something is amiss with Sukie, Olive seems to be the responsible one and Dad missing over France is something we are also suspicious of.

The current monarchy are under the microscope as we learn about who is in the royal family, and how the crown is passed down from generation to generation. We have created family trees, but also learned more about individual Royals. Lessons went somewhat offtrack (as often the best ones usually do) and we ended up learning about Prince Harry’s exit from the royal family, the reasons behind it and the children considered if they would make the same decision. The class was about a 50/50 split.

We have also learned about king and queens from the past. Queen Philippa was of focus, as the first black queen of Britain is often portrayed as a white woman. We discussed this at length, which lead to discussions on the Black Lives Matter movement.

Our RE learning has not started yet, as we will be blocking lessons together part way through Term 1, but the children have been reflecting on our value ‘Thankfulness’. We are being more open-minded to the things we have and are showing how we can be more thankful. Watch our grown-ups, we might just surprise you with our manners in the future! 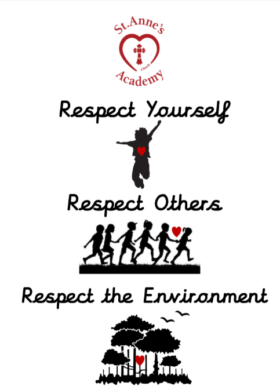